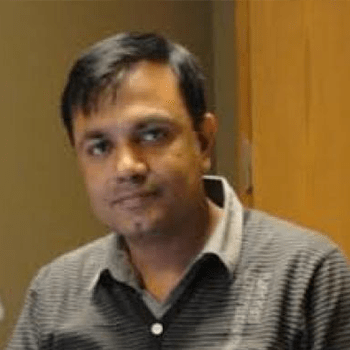 Abstract: Device Fingerprinting (DFP) is the identification of a device without using its network or other assigned identities including IP address, Medium Access Control (MAC) address, or International Mobile Equipment Identity (IMEI) number. DFP identifies a device using information from the packets which the device uses to communicate over the network. Packets are received at a router and processed to extract the information. In this paper, we worked on the DFP using Inter Arrival Time (IAT). IAT is the time interval between the two consecutive packets received. This has been observed that the IAT is unique for a device because of different hardware and the software used for the device. The existing work on the DFP uses the statistical techniques to analyze the IAT and to further generate the information using which a device can be identified uniquely. This work presents a novel idea of DFP by plotting graphs of IAT for packets with each graph plotting 100 IATs and subsequently processing the resulting graphs for the identification of the device. This approach improves the efficiency to identify a device DFP due to achieved benchmark of the deep learning libraries in the image processing. We configured Raspberry Pi to work as a router and installed our packet sniffer application on the Raspberry Pi. The packet sniffer application captured the packet information from the connected devices in a log file. We connected two Apple devices iPad4 and iPhone 7 Plus to the router and created IAT graphs for these two devices. We used Convolution Neural Network (CNN) to identify the devices and observed the accuracy of 86.7%.